I’m a self-proclaimed Potter-Head, always been and always will be. Always.

I remember spending entire weekends devouring Harry Potter books, barely moving from the couch, until having back pain at age 14. My mom would be so mad at me for not helping around, but I’ll be completely oblivious to what she’s saying, because I have to know what’s going to happen in that freaking Quidditch game.

Through all my readings, I discovered that the Harry Potter series can also be self-help books, for both youngsters and adults.

1.You CAN change your future

Sybill Patricia taught me that you can change your future no matter how bad you think it
will be. As long as I believed as hard as I could that every step I took would take me to a better me. I was not destined to do half the things I accomplished in life, but I always knew that somehow, things will unravel through hard-work and patience.

This is one of my favorite scenes in the movies, when Hermione corrects the way Ron says the spell “Wingardium Leviosa”.

When I thought about it, there’s a hidden message in there: “It’s not about saying what you have to say, it’s about how you go about it.”

3. Don’t worry about that pimple

Emma Watson is probably the best example showing that you have to embrace who you are, no matter how your hair looks like at age 14. This is something that is hugely growing in a society that has defined new metrics for beauty and worth. It’s a shame. It’s going to be OK, stop worrying and start living!

4. You are never alone

Harry, Ron and Hermione have always stayed together through good and bad. Moreover, you can always get help from the very unexpected places and people. When you most likely think that you are lost and alone, you will then recognize the people that truly care about it and would help you get through your issues.

Going from an unemployed woman and living off state benefits, she hang on to her dreams, never gave up after the many turn-downs of publishers. Rowling taught me to never give up and especially never make your art suffer from the several “NO”s you get from others. You need a combination of hard work and opportunity: start putting in the hard work for when the opportunity comes.

6. You should never let anyone get the best of you

Hermione is a muggle. Yet, she has become one of the best wizards in history, according to Rowling. She was bullied through-out her entire school years in Hogwarts for being BORN that way. I remember being bullied as well. The thing is it hurts in that moment, but then you grow up to think that those people suffered deeply and just needed someone to take the hit for them. Don’t let these people get the best of you. They’re suffering too.
But, if it doesn’t work, maybe send a friendly reminder. And no, I’m not speaking of that punch Hermione gave to Drago Malfoy. 😉 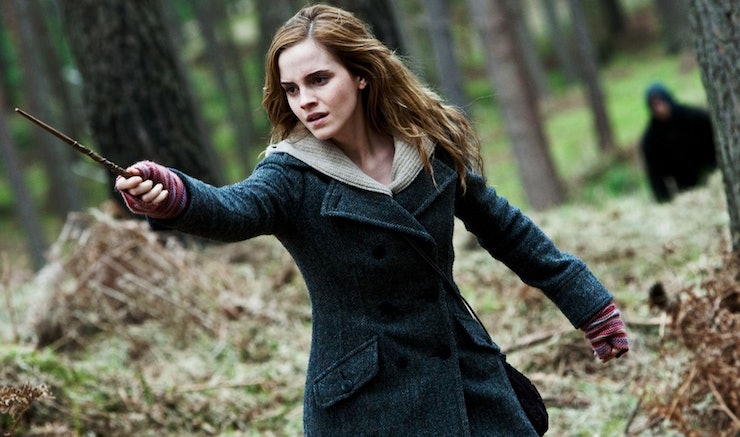 What would be Harry Potter without Ron and Hermione? He was never very prone to ask for help, even when he was really needing it. He always tried doing things alone, always trying to figure things out without calling out for help. We all remember that it always came down to Hermione discovering what he was up to and helping him despite of his sneaking. I learned that it is completely OK to ask for help. Heck, it would just make things go faster! I don’t need the credit.

8. Learn to face your fears

Ron facing the spiders, Neville facing Snape, or Harry facing the Basilisk and the Dementors are all good examples teaching that fear should and can be faced. Whatever success there is, it is on the other side of fear. Anything happening before that moment, before that barrier between you and what scares you the most, is not worth living in fear.

Luna was the weirdest, yet she was really appreciated around. Don’t ever try to hide who you are. Be as weird as you can be. At least, you’re being authentic. Go dye your hair the color you want to! Go wear that pair of pants you wore only in the changing room but never in public. Go out to the world and be yourself, you will not regret it.

10. Never be afraid to stand up for what you believe in

Snape (Severus Rogue) and Neville LongBottom (Londubat) were the best examples as to standing up for what they believe in. Snape spent his entire life believing in a stolen love, crafted his entire life around it and made a promise to Lilly to always care for her memory and child. Neville has shown us all that that quiet kid in the back of the classroom could grow up to be a real fighter. Be that kid now! Rise up, go out and face the world!